All businesses face external and internal pressures which can impact their financial performance and bottom line. These pressures should be analysed through “stress-testing” the financial assumptions underpinning the business’ financials.

Stress-testing financials means examining how the business will perform under a range of possible events, both negative and positive. These could include a sales slowdown, integrating a new acquisition or taking on new debt. This ability to stress-test the specific financials is critical for any business to implement change in advance of any likely difficulties. 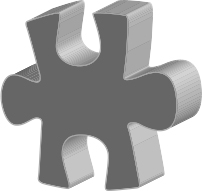 Below are some of the most common types of scenarios included in financial models. These scenarios can be either done individually or at the same time. For example, high / low growth scenarios (noted below) are often done as secondary scenarios when testing another area.

Including a Scenario Manager

When preparing a financial model, scenarios are often only considered at the end of the process. This can result in a significant amount of time and effort in redeveloping the financial model to allow key assumptions to be tested as scenarios.

For more information on scenarios and how Pilot can assist you integrating them into your financial model, please contact Chris King from our Corporate Advisory division.