Valmont Irrigation Australia is a subsidiary of Valmont Industries which is the worldwide leader in irrigation equipment for agricultural, industrial and municipal applications. With headquarters in the USA, Valmont Irrigation has nine factories in five continents and its irrigation products are sold in more than 100 countries. 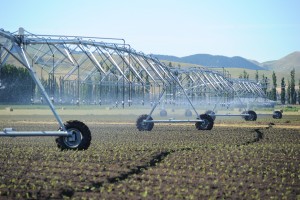 In 1997 Valmont decided to establish its operations in Australia. The American company had previously attempted to penetrate the Australian market with little success.

As a major transport hub and offering cheaper rental properties, Brisbane was selected as Valmont Irrigation’s Australian headquarters. The subsidiary company wanted a locally-based accounting firm that could help them set up the business, as well as report back to the parent company.

Pilot Partners (formally Calabro Partners) was referred to Valmont Irrigation by an affiliate firm in the Nexia International network. Pilot has been a member of the worldwide independent accounting and consulting network since 1995.

Valmont Irrigation met with Richard Edwards and Kristy Baxter from Pilot’s Business Advisory division. It was agreed that the firm ‘ticked all the boxes’ in regards to their business’ needs.

In 1999, Valmont Irrigation hired Phillip Meagher as General Manager to run the business. He came from an agricultural background and strongly believed that the Australian and New Zealand markets were ready for centre pivot and linear irrigation equipment.

‘In those first few years, I found myself wearing many hats including sales, marketing, administration and finance functions,’ says Phillip. ‘It was hard yards.’

BUSINESS SOLUTIONS FROM A BUSINESS NAVIGATOR

‘In the first year, Valmont Irrigation sold about 20 machines and reached a turnover of $1 million,’ said Richard. ‘We saw the business had a lot of potential but it was entering a very competitive market that was dramatically affected by weather and commodity markets.’

Pilot set up processes, procedures and an accounting system to manage all transactions made in $US and $AU. The system also had to manage GST and federal tax compliance requirements.

Phillip also looked to Richard for business mentoring and advice.

‘In the early days, I had no-one else to ask advice from,’ said Phillip. ‘I needed someone to network with and bounce ideas off.’

‘We have a long-term relationship founded on mutual respect and trust,’ said Richard. ‘It has been a wonderful journey working with such a dynamic organisation. It’s a great company with great people.’

As the company grew, so did Phillip’s role in managing the business. Today, his office has 14 full time employees and manages sales in 24 countries throughout SE Asia. The company also recently opened a new factory in China to support the growing demand in the region.

‘The success of Valmont Irrigation in Australia is directly attributed to Phillip,’ continued Richard. ‘His hard work, dedication and vision has seen the company become the biggest irrigation equipment supplier in Australia and New Zealand.’

Pilot’s role has also expanded over the years. In addition to managing the accounting function of the business, including monthly management accounts, wages and credit management, the firm also provides taxation advice and the annual audit.

‘Phillip likes working with us because we answer his questions and address any problems in a professional and timely manner,’ said Kristy.

In fact, timely reporting back to the US is crucial for Valmont Irrigation. For the past 17 years Pilot has not missed a deadline.

‘Pilot is the best in the world. No other country is as efficient,’ said Phillip. ‘Pilot has really managed the needs of our Australian company and its American owners.’

Today, Valmont Irrigation Australia has a turnover in excess of $50m and is the biggest distributor of irrigation products in the region.

‘Our whole team loves working with the Valmont Irrigation team,’ said Kristy. ‘We are looking forward to continuing our wonderful relationship with the company.’

‘For me, Pilot is an essential part of our business. Using outside resources has proved very successful for the company. I have total confidence in Pilot’s decisions and advice.’ 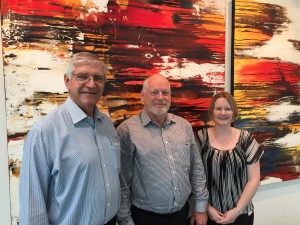