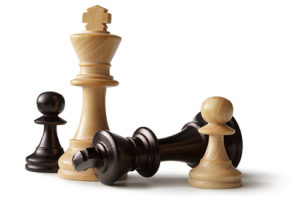 All eyes will be on Canberra on 8 May as the government hands down the 2018 Federal Budget.

With the Labor party currently heading the political march on tax reform, Pilot Partners believe the Coalition will sieze the opportunity to wrestle back the tax reform agenda.

Three points to watch out for next week…

Although tax cuts (both personal and corporate) are clearly in the script, we thought it timely to speculate on other changes that may get some airtime in the upcoming budget.

In March 2018, Labor boldly proposed a tax policy of removing the refund of excess franking credits received from Australian company dividends. Much of the benefit of these refunds flow to self-managed superannuation funds.  The Coalition has stated it will not support such a change.  We expect this to be re-stated on budget night.

The government has ruled out changing how payments from superannuation are taxed (currently they are tax-free for people over 60 years of age).

However, changing the rules to require superannuation withdrawals to be recorded in the recipients’ personal income tax returns would go some way to alleviating the concerns being raised about the generosity of the present rules.  Such a change would mean that dividends and other income earned by superannuants from other sources would be taxed at higher rates which acknowledge the total income of the recipient.

We expect that the government will act to implement a digital services tax following the recommendations by much of the rest of the world in this area.

In March 2018, the European Commission recommended that member states introduce a digital services tax to ensure all companies pay “their fair share” of tax in the EU. In short, this would require amending existing rules, which require a physical presence in Australia before income taxes would be payable, to add a digital presence test for appropriate businesses. Even if a company does not have a physical presence here, the new rules would ensure that online businesses are taxed at the same rate as traditional ‘bricks and mortar’ companies. This would open the ability to tax the income sourced in Australia by large digital businesses for the first time.

Like Australia’s recent adoption of rules ensuring GST is paid on digital content (the “Netflix tax”) it appears likely that Australia will follow suit here and join the international chorus of countries chasing their fair share.

If you would like to discuss any of the issued raised above, please contact your Pilot Advisor or Murray Howlett from our tax team on (07) 3023 1300